If you have been following this blog for sometime, you know I love diving into all aspects of injuries. This year has been one of the most injury ridden seasons across all sports.  This is not a surprise, as I discussed back in July, the Covid offseason was going to put athletes at high risk for injury as they were not able to properly prepare for the season.  This prediction was proven correct, with ACL, hamstring and Achilles injury rates all being significantly increased.(Look back at my midseason “All Injury Team”)  However, another topic of conversation has presented itself this season in regards to injury risk and prevention; “Should the NFL get rid of Turf fields”  This came to light after the San Francisco 49ers lost many of their top players to injury on Metlife Stadium “sticky” turf. Check out some of the tweets that followed that game 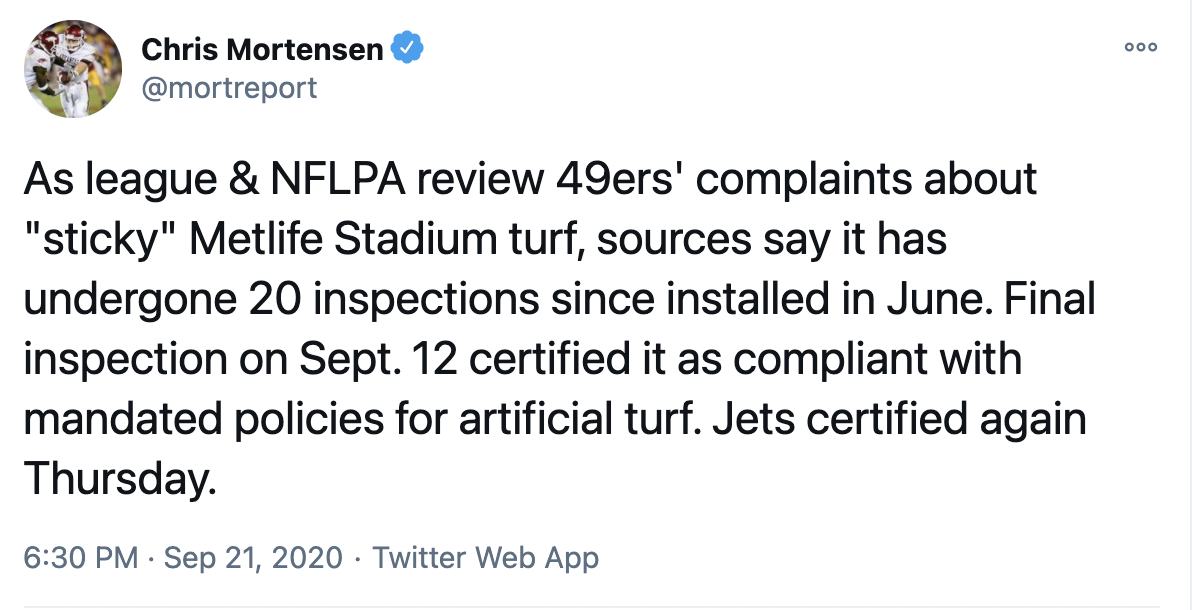 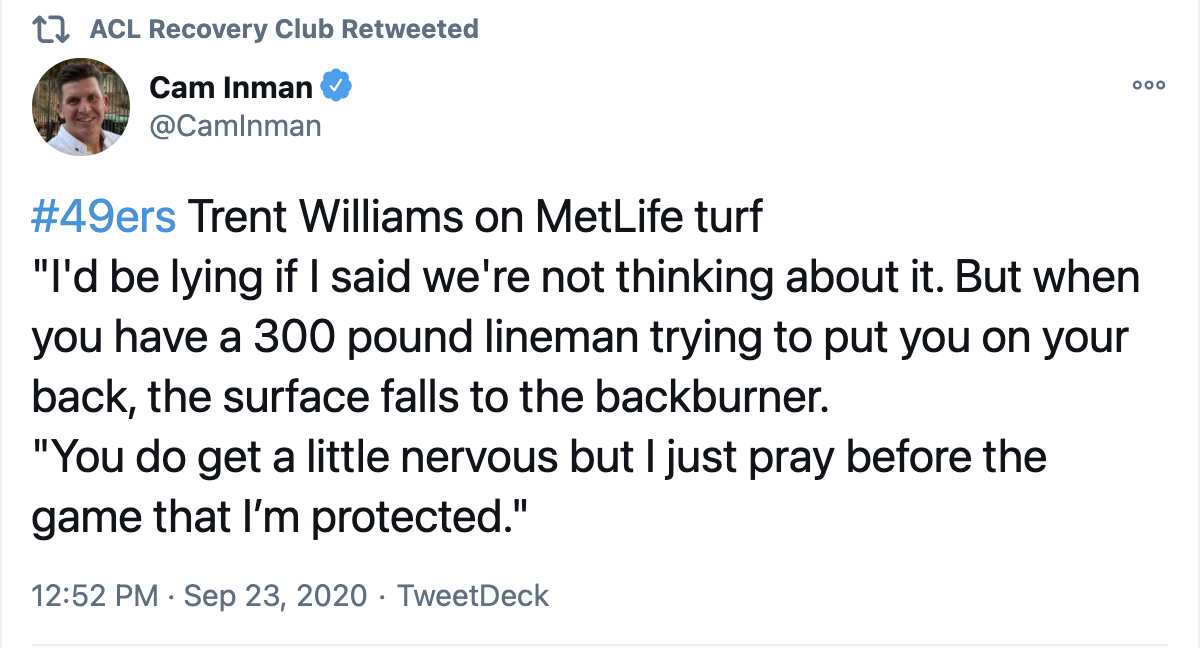 WHAT DOES THE RESEARCH SAY?

As a researcher my first thought was to turn to the research and here is what I found….

HOW REASONABLE IS THIS?

As we see from these research studies, playing football on artificial turf puts athletes at significantly higher risk of injury compared playing on natural grass. When we think of how much many of the top players are worth to their team and how much money NFL teams bring in, this should be considered in the building of new stadiums. For current stadiums, it becomes much more complicated. For stadiums such as Metlife, which are outdoors, I believe that these should be trasitioned to grass, as it would be a much lower cost. For stadiums which are domes, this is probably not a option as it would be a huge task to make it possible.

I hope to see the NFL enforce a rule that all new stadiums must be grass fields. For anyone who questions how this can be completed can look to Arizona and Las Vegas stadiums which have retractable fields. Check out this video of Las Vegas retractable field